Karel Appel (born 1921 in Amsterdam, Netherlands and deceased in 2006 in Zurich, Switzerland) was a Dutch painter and sculptor in 20th century Modern Arts. He could be classed among the expressionists, and was primarily inspired by Picasso and Matisse.

Karel Appel was predetermined to work in his father’s hair salon. Nevertheless, he studied traditional drawing and painting at the State Academy for Fine Art in Amsterdam. Discontented with this decision, his parents cast him adrift.
Most of all he became popular as member of CoBrA movement. During his CoBrA phase, Appel painted plain forms with solid contours, filled in bright colors. After CoBrA movement had fallen apart, Karel Appel started using increasingly thicker paints (pastos). His work became increasingly ferocious and seemingly untamed – however, at all times it included discernible figures such as human beings, animals, and suns. Before he started working he used to stare at the canvas for long, but as soon as he began to paint he seemed to work like a maniac, frequently using pure paint right from tube.

Once a painting was almost completed, he slowed down his pace and frequently spared the final corrections. Karel Appel was buried on Père Lachaise Cemetery in Paris. 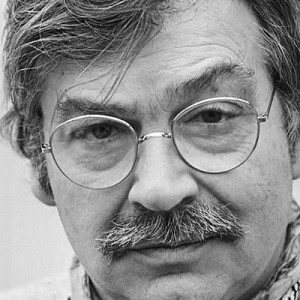