“My aesthetic sense was formed at a young age by what surrounded me: the narrow residential spaces of Japan and the mental escapes from those spaces that took the forms of manga and anime.” – Takashi Murakami –

SUPERFLAT
When Japanese artist Takashi Murakami coined the term Superflat in 2001, he launched one of postmodern art’s most invigorated movements.

Based on the compilation and compression of centuries’ worth of Japanese “flat” art aesthetics, and inspired by the country’s distinctively unique post World War II anime and manga craze, he inspired other artists to join him in putting Japan on the art world map. Often categorized as a Japanese form of Pop Art, Superflat has become an international phenomenon, infiltrating all areas of consumer culture from high to low art.

Takashi Murakami loves all things anime and manga—so much so that he often refers to himself as an “otaku,” loosely translated as a “sci-fi geek.” It’s nearly impossible to imagine Murakami as anything but the essence of cool. 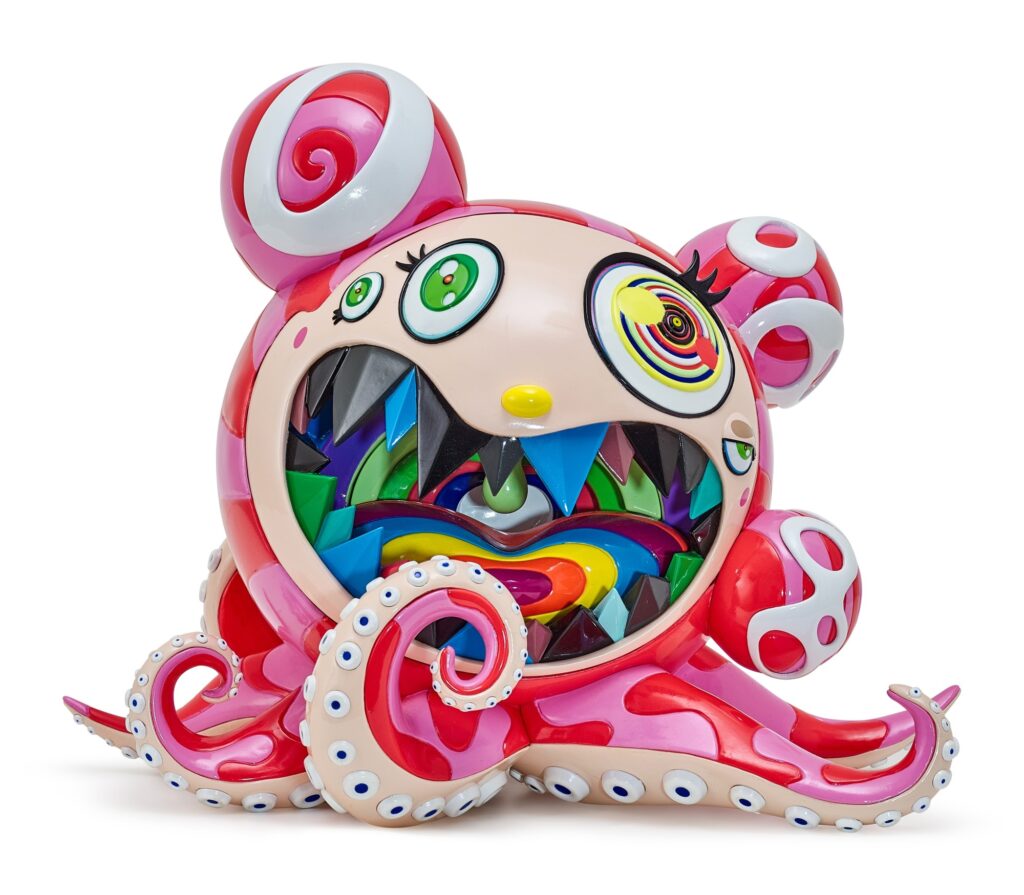 Mr. DOB is Takashi Murakami’s alter ego and first signature character, appearing in his works as early as 1993. With this smiling creature, Murakami hoped to create a Japanese icon with universal appeal, in the spirit of Hello Kitty and Pikachu. To do so, he drew inspiration from characters in Eastern and Western popular culture, including the adorable Japanese manga creature Doraemon and Walt Disney’s iconic Mickey Mouse.

While the first Mr. DOB had a somewhat fierce appearance with sharp, menacing teeth, the character grew cuter and cuter over time, setting the stage for the iconic Mr DOB/DOBTOPUS.