Christian Dotremont and Joseph Noiret were the two Belgians, engaged with the establishment of CoBrA movement. Dotremont drafted the pamphlet, which brought the movement into being. A few months later, they were joined by Pierre Alechinsky. Dotremont and Alechinsky were the driving forces behind CoBrA movement. He used to frequently work with other artists – including Alechinsky – whereas text and pictures were combined on canvas. The respective technique was called “Peintre-mots”.

Up from the 1960s, Dotremont also started painting. His work is characterized by the use of his own handwriting, which he created text and symbols in black ink from – so-called “logograms”. This was a form of visual poetry. 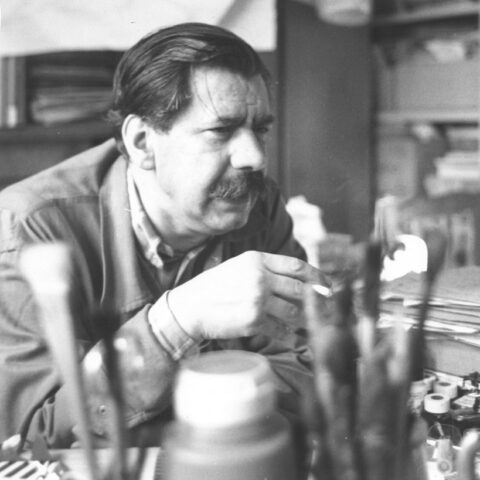