Alex Guofeng Cao (born 1969 in China) used to be a famous New York fashion photographer before he became an art photographer.

You don’t have to be a connoisseur to recognize Cao’s stunning pixel perfect photographic works. The pixelated images appear to be huge photographs, but look closely and you’ll see that the pixels are really tiny photographic images. The portrait of Carla Bruni is made up of photos of the formal French president Nicolas Sarkozy, while “War and Peace, Picasso vs. Matisse” reveals Picasso’s “Guernica” in thousands of repeated images in the shape of Matisse’s “Joie de Vivre”. One can imagine that Cao’s pictures have a powerful immediate impact.

Born in China but educated from high school onwards in the United States, Alex Guofeng Cao was first and foremost a fan of history and drew his inspiration for his current body of work from studying Western antiquity and ancient Eastern civilizations. 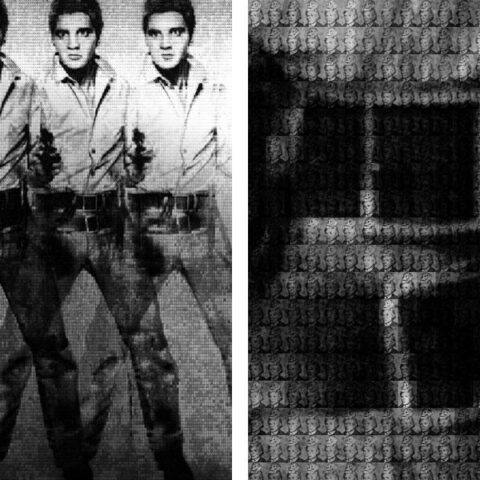 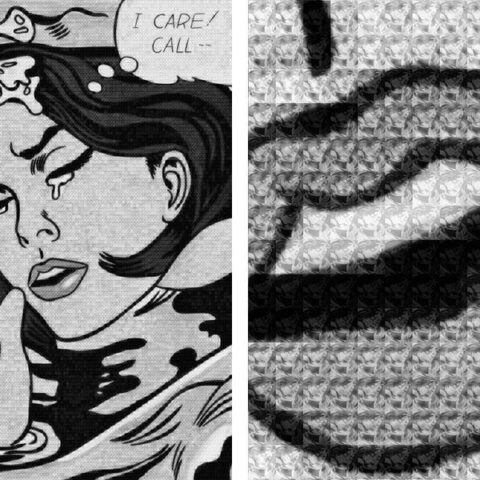 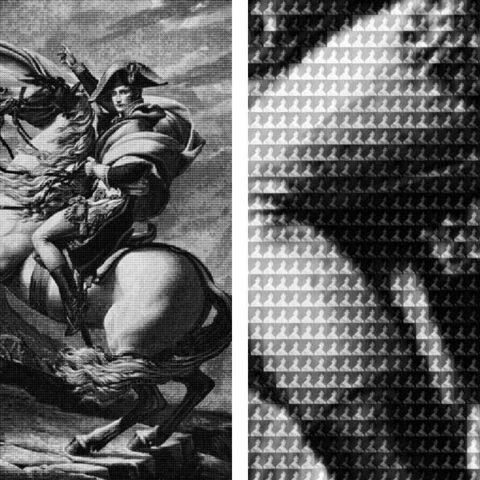