Niki de Saint Phalle (French-American, 1930–2002), born in Neuilly-sur-Seine, was a female sculptor and painter, famed for her joyful representations of women and large fantastical sculptures.

Due to her family’s economic circumstances, she moved to New York City as a young girl, where she spent the next 20 years of her life. After a failed early marriage, she turned to painting and, in 1961, began to work alongside Swiss artist Jean Tinguely, whom she married a decade later. Her 1960s Tirs, or “Shots,” created by shooting a .22 caliber rifle at a plaster relief containing hidden reservoirs of paint, quickly earned her international fame.

In 1965, De Saint Phalle Niki developed the voluptuous female form of the Nana, French slang for “woman,” which led to the commission of the vast sculpture, She: a Cathedral for the Modern Museet in Stockholm. As she worked on brightly painted sculptures of animals and human figures, Saint Phalle conceived the idea for her Tarot Garden, a sculpture park inspired by Gaudí’s Parc Güell. After two decades of work, the garden of monumental sculpture and whimsical architecture opened in Tuscany in 1998.

Niki is also celebrated for her work on AIDS awareness; after an assistant contracted the disease and died of it, Saint Phalle illustrated, Aids, You Can’t Catch it Holding Hands. 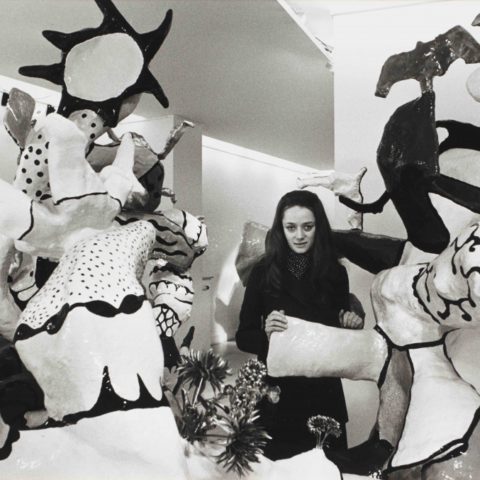