Guillaume Cornelis Beverloo, better known as Corneille (born 1922 in Liège, Belgium and deceased 2010 in France), son of Dutch parents, was a CoBrA painter. Even though being mostly self-taught, he attended art classes at the Amsterdam Academy from 1940 to 1942.

In 1946, he had his first exhibition in Groningen. In the early days, Corneille was deeply influenced by Picasso’s work; however, in 1948 he deflected from this and joined the CoBrA movement as one of its founding members. Later, he repeatedly traveled to other parts of the world: North Africa, North America, the Antilles, and South America. These journeys had lasting effects on his work. Up from 1960, he reverted to figurative art, whereas women, flowers, and animals made some of his artistic vocabulary. He claimed that painting was neither hobby nor work, but a mission instead.

Until the end of his life, Corneille painted in his studio in Paris, and spent his last years secluded at Maison du Cedres in French Département Val-d’Oise. 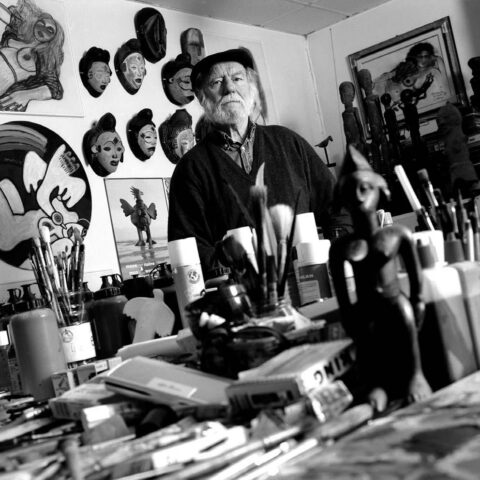