Alexander Calder (born in Pennsylvania, 22 July 1898 – died in New York, 11 November 1976) was one of the most well-known American sculptors.

Calder came from a family of sculptors, his grandfather  Alexander Milne Calder (hailing from Scotland) sculpted the 250 figures at the Philadelphia City Hall in Philadelphia and his father, Alexander Stirling Calder, was also a reputable sculptor. The initially autodidact sculptor, Calder left for Paris in 1926. He visited the Académie de la Grande Chaumière and got to know his avant-garde contemporaries such as Joan Miró, Hans Arp, Piet Mondriaan, Theo van Doesburg and Marcel Duchamp.

Calder met his future wife Louisa James, grandniece of the famous author Henry James, during a trip to New York in 1929 and they married in 1931. He created his first mobiles after a meeting with Piet Mondriaan in his Paris studio. His mobiles seemingly defied the laws of gravity and it was with these mobiles that he eventually became famous, having his first major exhibition in Paris in 1931. His development towards abstraction was influenced by his membership in the Abstraction-Création artist’s group. Calder constructed his first outdoor mobile in 1934 and also created his first large abstract sculptures. On Arp’s recommendation he called these “stabiles”, to differentiate them from the mobiles. Encouraged by Marcel Duchamp and others, he considered it highly important to connect abstraction and movement. So besides his mobiles which moved in response to air currents he also created motor-driven sculptures.

Calder constructed a mercury fountain in memory of the victims of mercury mining for the 1937 World Exhibition in Paris. The fountain has been housed in the Fundació Joan Miró Museum in Barcelona since 1976. Calder also created jewellery.

Calder is considered to be one of the most important representatives of kinetic art. His artistry was influenced by his life-long friendship with Joan Miró. 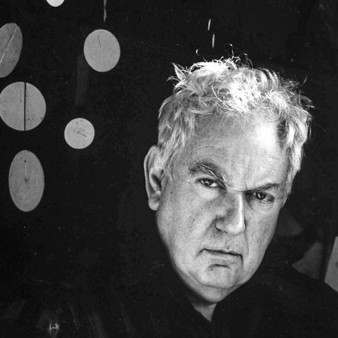