Bernard Buffet (Paris 1928 – Tourtour, France 1999) produced more than 8000 works in the course of his long career. They ranged from still lifes, nudes and melancholy self-portraits to Parisian townscapes and landscapes. Buffet also worked as an illustrator and designer: he designed the stage sets for the opera Carmen and illustrated Jean Cocteau’s. La Voix Humaine, Dante’s Inferno and a number of Baudelaire’s poems.

Buffet trained in drawing and painting at the Ecole Nationale Supérieure des Beaux-Arts in Paris, where he enrolled in December 1943 at the age of only 15. From the age of 17, when his work was first shown in a Parisian art gallery, he was seen as a rising star: his work met with critical acclaim and appeared in almost all the major Parisian painting exhibitions over the next few years. Internationally too, his work attracted attention and was warmly received. His paintings from this period can be described as typical of the post-war years. Still lifes – radiating a sense of poverty – alternated with penetrating Parisian townscapes. These paintings, all constructed of prominent black lines in combination with a palette that seems tinged with grey, reflect the then popular existentialist philosophy known to us from the books of Sartre and Simone de Beauvoir.

Although Buffet was seen at the beginning of his career as a trend-setting artist, the tide later turned. In the 1960s, the heyday of abstraction, Buffet’s still figurative work became the subject of controversy in serious artistic circles. Even so, it continued to enjoy great popularity among the general public and hence commercial success. Maurice Garnier, in whose gallery Buffet had already had a number of shows, offered to represent him and to let him use his gallery to show his work on a permanent basis. To this day, Garnier has continued to concentrate exclusively on Buffet’s work. He has ensured that it has been exhibited in museums all over the world.

Although Buffet’s work has at time been under attack, it has been the subject of an international re-appraisal since the 1990s. In Japan, his work has always been popular (indeed, there are two museums in that country which are entirely devoted to his work). Among European art critics too there is now a growing appreciation of Buffet’s work. the artist’s later development: his visits to Italy, England, Japan and even the Netherlands are reflected in his work, alongside a range of self-portraits, religious scenes, landscapes and works based on those of great artists of the past, such as Courbet and Rembrandt. Despite the wide variety of subjects and the criticism that Buffet endured during his lifetime, what emerges is the artist’s invariable fidelity to his own highly distinctive figurative style of painting and illustrating. On 4 October 1999, he took his own life at his home at La Domaine de la Baume in Tourtour. 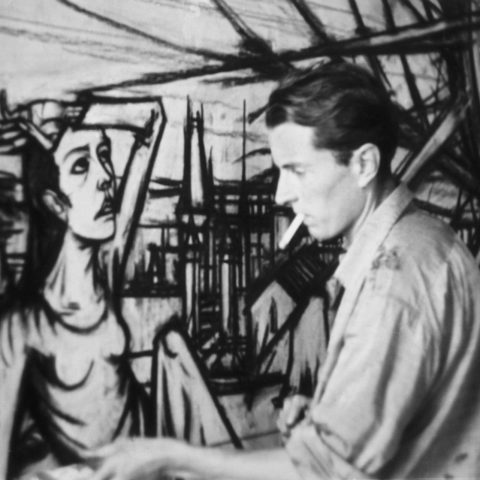